This season I will start using Sonntag fins for my two bigger slalom board/sails combi’s. My slalom quiver is the best I ever had and only the fins is the variable that can make it even better (and me, myself and I off course 🙂 ).

What is it I am looking for?

As you can check in “my quiver” I sail Patrik Diethelm boards. Before Patrik started his own brand I sailed on F2 which where also his designs. The boards are great but have a tendency for tailwalking. Before, I used Mauisails, and these are great sails, but I had not that much downforce on the mastfoot which made the combo more prone to tailwalking. In 2012 I switched to Loftsails and these sails give me more downforce and because of that the tailwalking starts only in overpowered situations.

At the same time the boards do not fly on the fin that easy. To create this I use bigger fins but this is no help to prevent the tailwalking; making me drop the boom again….

So I thought this was a “loop” in which I had to find the balance to get the most out of my combo’s. The fin needs to be big to fly the board of the fin but it needs to be so small that tailwalking is not happening. The rest needs to be trimmed with the correct boomheight and mastfoot placement. End of story 🙂

…………..and I stumbled upon Sonntag Fins. After some e-mailing, they convinced me that by the correct fin-specs they are able to make a fin that keeps the nose down and trim the board more even on the water. The knowledge these guys seem to have is very interesting to me cause this could solve my problem with the tailwalking and flying of the fin at the same time. They could explain why my current fins react the way they do and why it is these fins do not deliver what I am looking for. So, after this healthy discussions I decided to give it a try and let them make me 3 fins for my bigger slalom combo’s

A last remark on the Sonntag fins;

they measure the fins after they are ready, to make sure they meet the design parameters that are agreed upon with the customer. To validate this the fins will come with a certificate in which is stated the exact specs of the fin.

Sonntag says the following on this:

“We introduced this measurement process right from the start of our fin development and production project in order verify our production method and to know what that we deliver the required characteristic to our customer.

The two parameters, BS and FT, are used to describe the bending characteristic of a specific fin. Both dimensions are measured for each fin produced on an electronically controlled and pneumatically actuated test bench. The measurement values are acquired and processed by a computer and stored in a database. The numbers are engraved into the Tuttle base and listed in the test report of our fins as well.

The first parameter, BS (=Bending Stiffness), is measured at the average Center of Effort (CoE) of a fin. This point is at 40% of the fin length measured from the base (example: fin length 400mm => CoE at 40%*400mm = 160mm). The CoE varies about 2-3% around the 40% point depended of the fins’ outline, but to simplify the measurement process we always measure at 40%. The dimension of BS is [N/mm], i.e. it is determining how much Newtons are needed to bend the fin by 1mm at this 40% point. The material characteristic of carbon is quite linear over a wider range, what means that if you would spend a force ten times as high as the force needed to have a 1mm deflecting, you would see a deflection of 10mm (=10*1mm).

==> The BS number describes quite well the average force feedback feeling of the fin you as surfer have during windsurfing.

==> As higher the BS-number as stiffer the fin.

==> The range of the bending stiffness varies from 25N/mm (soft Formula/long slalom fin) up to 200N/mm (widebase speed fin) depending of the carbon layup, fin type and length.

==> As higher the FT-number as stiffer the tip area in relation to the average bending stiffness of the fin. 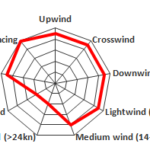 The words like high, medium, soft are related to a description for the customer making the technical description listed above easer understandable. These terms always needs to be related to the fin length and other structural data. A stiff 50cm slalom fin is normally always softer than a soft 25cm slalom fin. This makes it hard to understand the real differences. Therefore a physical method delivering real numbers is a better solution – but unfortunately more difficult for the customer to follow the idea behind” 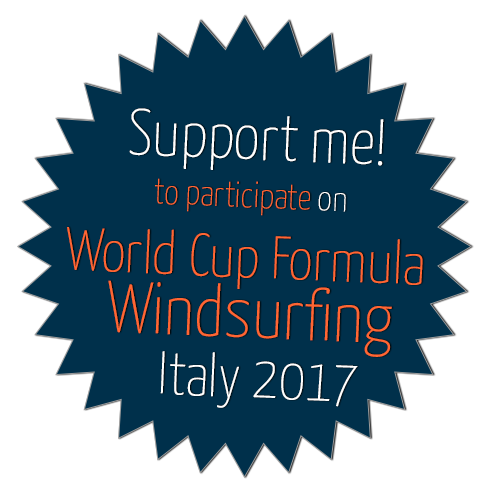